Beginning writers often hear that “conflict makes good fiction,” it’s right up there with “show don’t tell” in the pantheon of oldie but goodie writing advice. It’s true that conflict, or more broadly, issues between two or more people that cause tension are the meat and potatoes of good fiction. Lately the issue of how to write more literal conflicts– fights, arguments, brawls–has been popping up again and again in my writing class and with my individual writing clients so I thought it might be valuable to share a little bit about how I think about weaving literal conflict into a narrative. 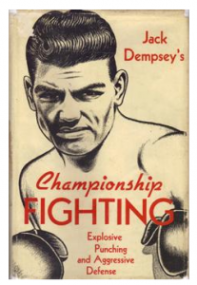 In my experience beginning writers behave in writing as they do in life, meaning if they are nice, reasonably well adjusted people, they often find it difficult to send their protagonists headlong into a painful argument or physical confrontation with another character. Often these well-meaning writers lead their characters right up to the edge of the nasty comment, the thrown punch, the terrible cruelty, and fade to black, leaving the reader to flounder in a vague or unsatisfying dénouement. The exceptions to this rule are the nice, well-adjusted writers who have spent a lot of time for one reason or another thinking about how people fight. These folks have often survived hard things and are ready to dive right in to the heart of darkness and expose the nastiness of life in all its gory details. What this style of writer occasionally neglects is the ambivalence of conflict, the messiness that can dance in the gray areas of right and wrong and good and bad. In either case, one thing is true: writing interesting conflict means truly and finally writing fiction, which means separating the self from the narrator, and the self from characters and their unruly and occasionally delightfully ugly actions. Sorting out one’s own ideas about conflict is not always as easy as it might immediately seem but it is an important step to understanding how your characters might respond to tension in a given situation.

Conflict, like most things, is so deeply culturally defined that we sometimes can’t see its parameters or the way our individual experiences shape our understanding of what constitutes “appropriate” or “inappropriate” behavior. We like to imagine that we share a universal good and bad. We imagine that there are some things for which anyone would fight and some things which would incite even the calmest person to rage, but no emotion is universal in that way; right and wrong are often far more relativistic than any of us would like to admit. We learn first about what constitutes conflict from our parent(s) or the people who raise us. Some people grow up in houses where their parents never raise their voices above a whisper to disagree but the animosity and bitterness is as palpable as a knife blade cutting down the center of the family. Other people come from homes where their parents yell about everything from politics to peas, yet the parents remain a team, a unit, and consider themselves happy. Our race, ethnicity, religion, region, socioeconomic class, education, and any other number of cultural factors may or may not blend into our formulation of what separates say “a disagreement” from “a fight.” I believe it is dangerous to draw broad conclusions about how any single aspect of culture might determine how one defines conflict, especially when you are imagining the inner life of someone completely “other” to you, but I think it can be useful to think about how each aspect of your own experience taught you lessons about conflict, tension, and when it is socially acceptable or unacceptable “to fight.” Once you’ve spent some time making your own subjective values around conflict more visible to yourself you may find that you are better able to enter the world of your fiction with fresh eyes.

Below are some suggestions to get you started and enliven the conflict and tension in your stories:

2 thoughts on “Writing The Good Fight”